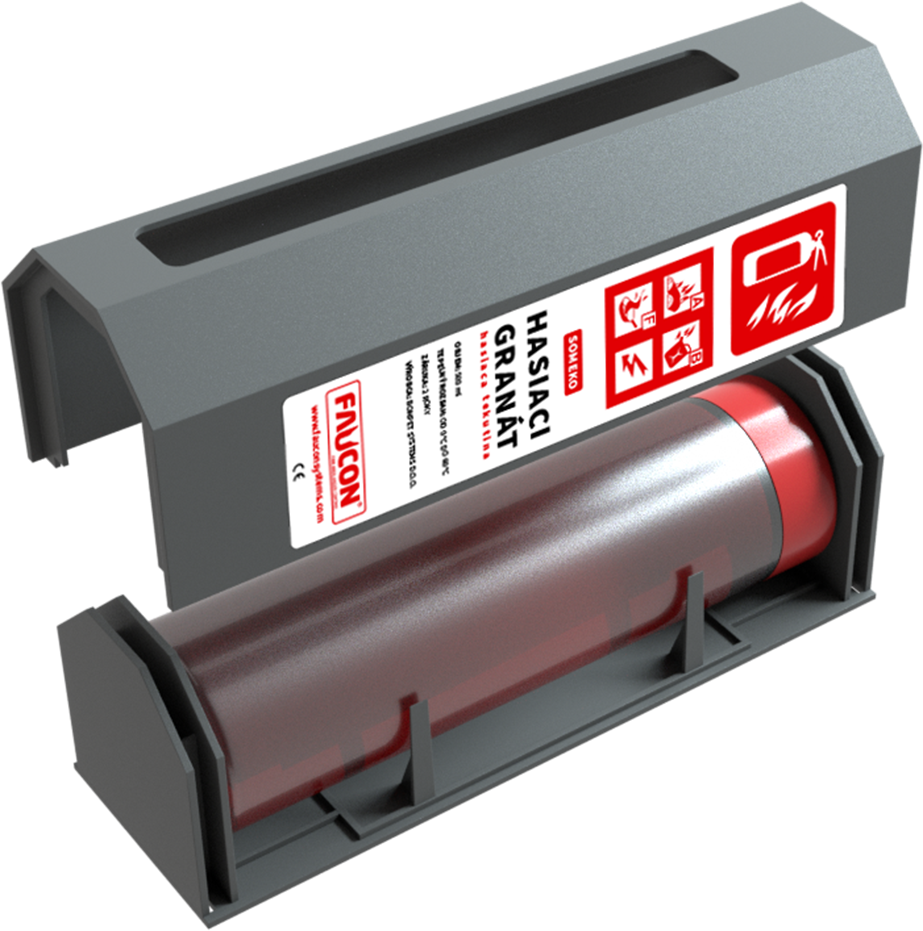 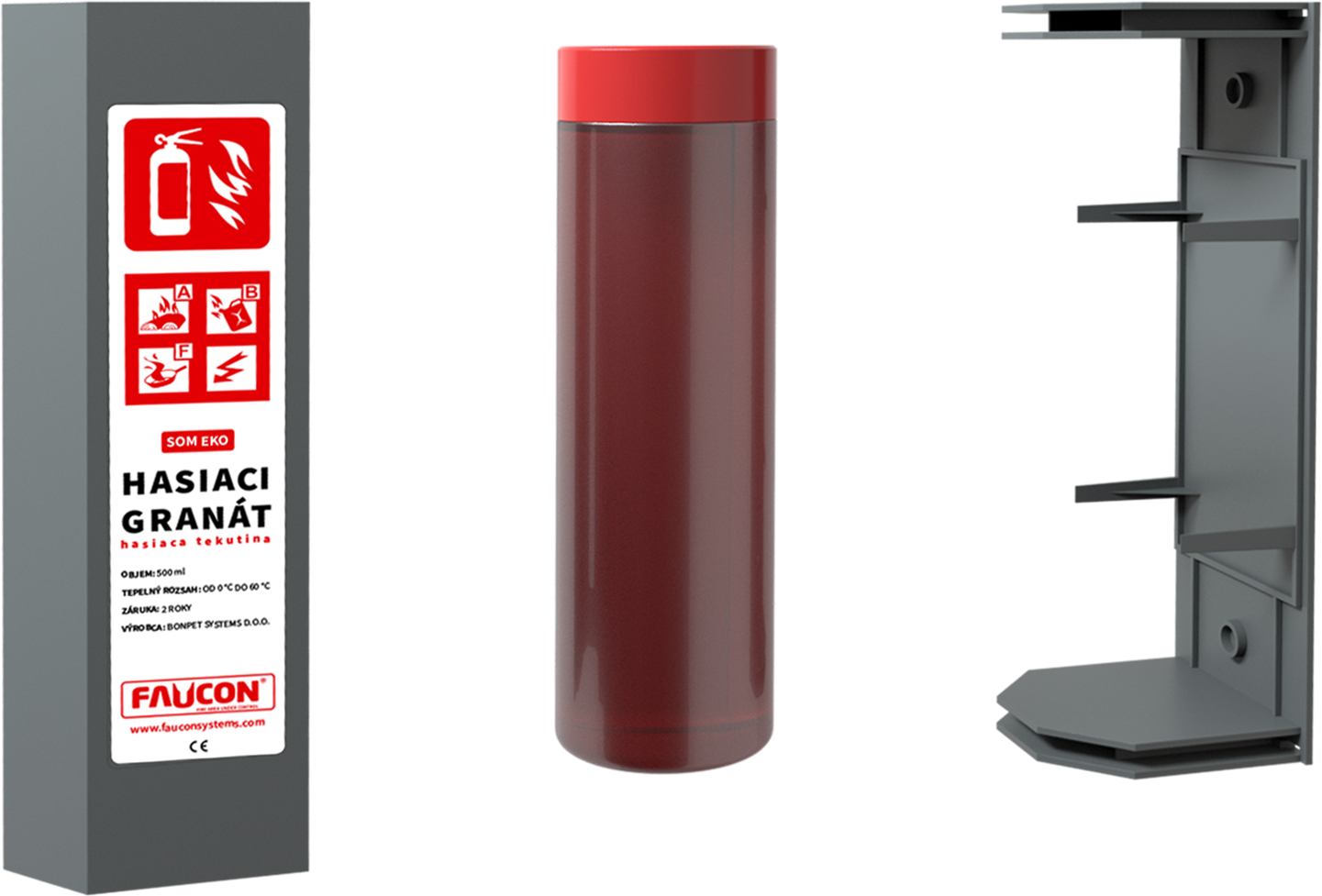 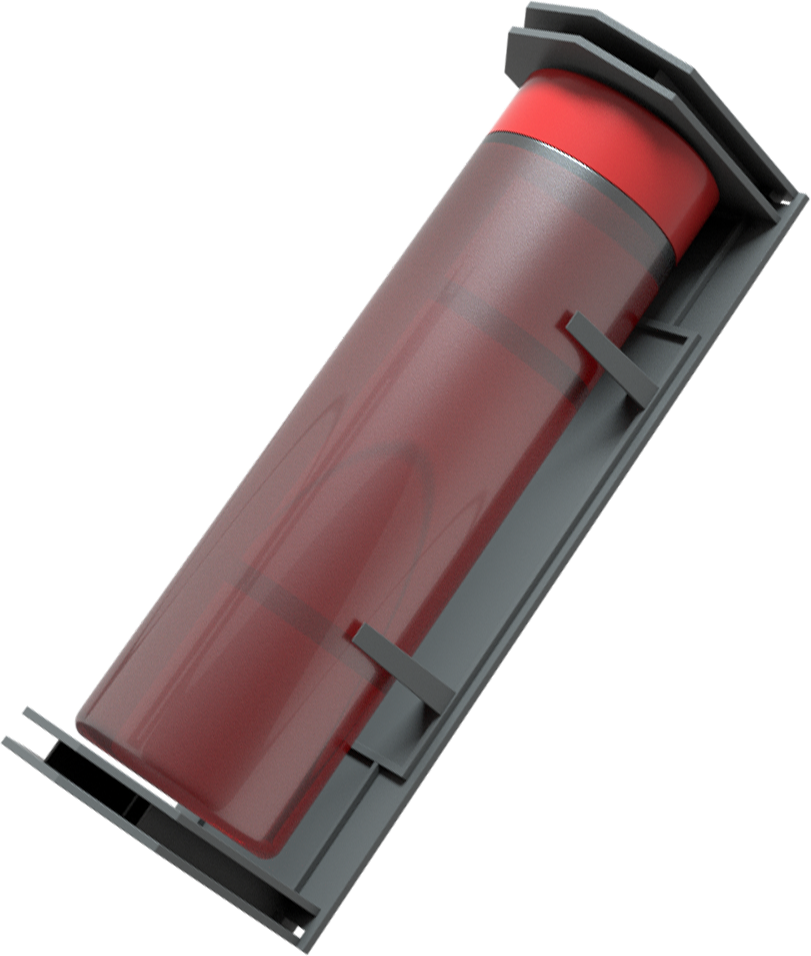 Usage:
It is easy to use, grenade is thrown into the center of the fire, near it or against the wall above the fire with strong point, where grenade can explode as effectively as possible. Grenade can be placed to be always at hand using the holder and cover.

Advantages:
It can be used at greater distance in case that air temperature does not allow us approach in the immediate proximity, extinguish the fire, dampen it or disrupt its course, in order to gain time for further extinguishing.

It is possible to extinguish smaller household fires or kitchen fires, even without having to throw the grenade, by unscrewing the lid of the grenade and pouring the liquid into the fire zone. Extinguishing medium is certified for F type fires as well, oil and grease fires, while liquid can be poured into the vessel with burning oil. In this case, liquid increases its volume up to 60 times, immediately turns into foam and the fire suffocates.

Extinguishing medium from the grenade can be diluted with 5 liters of water to create greater amount of extinguishing liquid. In this ratio, the mixture is ten times more efficient than pure water.

ECO info:
Sprayed extinguishing substances and gases released during thermal reaction are not toxic and not dangerous for humans and the environment.

Not decomposed components of extinguishing liquid are reactivated in the event of re-ignition and prevent the spread of the fire in the area effected by extinguishing mixture. Bonpet medium has extinguishing capacity of classes A, B and F and consequences of C class fires. Faucon automatic fire extinguishing ampoule is designed for fire elimination at the start with highest effectiveness in small indoor areas with increased potential for a fire. It is installed into ignition zone, which cannot be constantly monitored by human force. 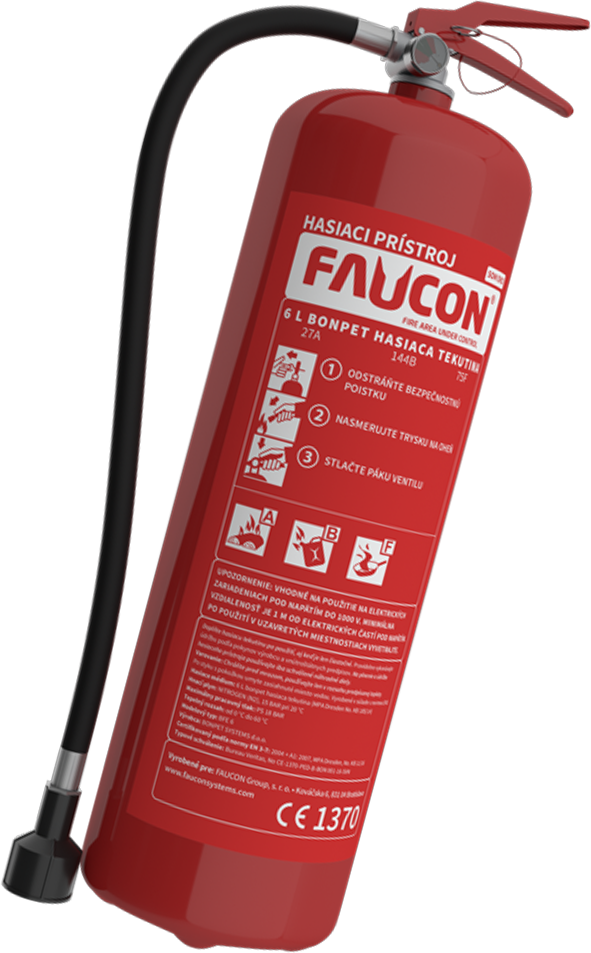 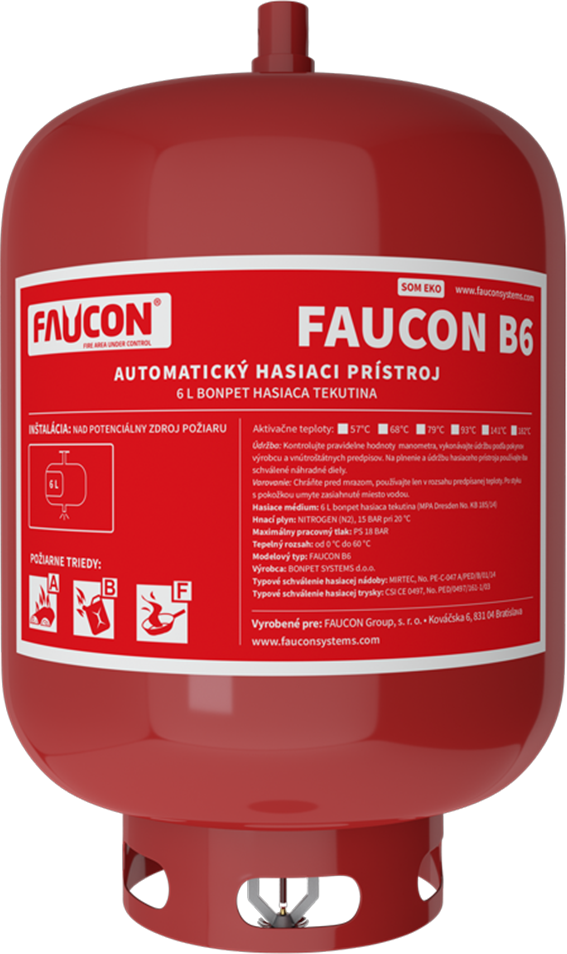